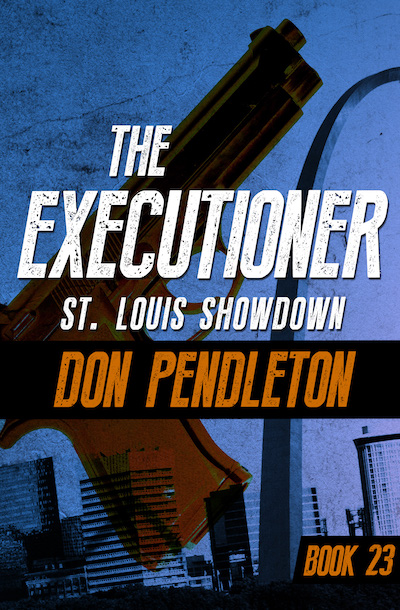 Published by Open Road Media
To save a city, the Executioner must rescue its governor from the mob

For decades the St. Louis mob has been happily small time—raking in profits without making waves. But after Mack Bolan’s one-man war against the Mafia shatters organized crime in Boston, New York, and Philadelphia, ambitious East Coast gangsters start coming to St. Louis, where they plan to push aside the softhearted old capo and turn the Gateway to the West into the kind of criminal paradise not seen since the glory days of Al Capone. They’ll start by corrupting the statehouse.

One of the candidates for Missouri governor has a wife with a salacious past, which the mob promises to keep secret in return for full support once the candidate wins office. The frightened politician’s only hope is the man in black: Mack Bolan, the crack sniper known as the Executioner, who will make St. Louis safe for law and order no matter the cost.

St. Louis Showdown is the 23rd book in the Executioner series, but you may enjoy reading the series in any order.