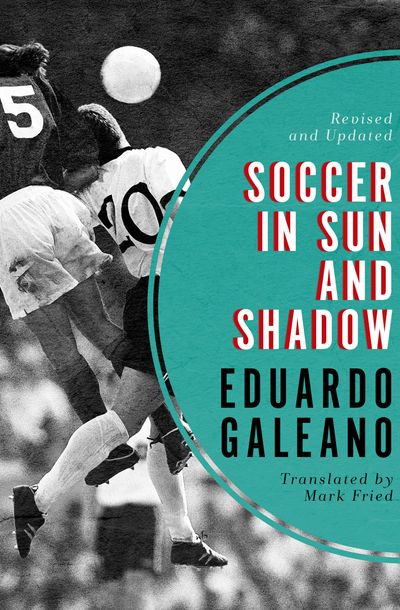 Soccer in Sun and Shadow

Published by Open Road Media
One of Sports Illustrated’s Top 100 Sports Books of All Time—a history of soccer that “stands out like Pelé on a field of second-stringers” (The New Yorker).

The beautiful game deserves a beautiful book, and Eduardo Galeano—one of Latin America’s most acclaimed authors—has written it. From Aztec champions sacrificed to appease the gods, to the goals that were literally scored into wooden posts in Victorian England, to Spain’s victory in the 2010 World Cup, Soccer in Sun and Shadow is a history of the sport unlike any other.

Galeano portrays the irruption of South American soccer that made the game sublime: the elegant, mischievous, joyful style based on deft dribbling, close passes, and quick changes in rhythm, perfected by poor black children who had no toy but a rag ball. He describes the superstitions that vex players, the martyrdom of referees, the exquisite misery of fans, the sad denouement of stars past their prime.

Striding across the pages are players born with the ball—and entire nations—at their feet: Arthur Friedenreich, the son of a German immigrant and a black washerwoman, who first brought Brazilian style from the slums into the stadiums; Brazil’s Garrincha, whose body, warped by polio, could make the ball dance; and the Dutch great Ruud Gullit, who campaigned against apartheid on and off the pitch. And, of course, Beckenbauer, Pelé, Cruyff, and Maradona, a man blessed with “the hand of God” and a left foot equally as divine.

Soccer in Sun and Shadow traces the rise of the soccer industry and the concurrent voyage “from beauty to duty”: attempts to impose a soccer of lightning speed and brute force, one that disdains fantasy and forfeits play for results. Eduardo Galeano, who describes himself as “a beggar for good soccer,” gives the world’s most popular sport all the poetry, passion, and politics it deserves.