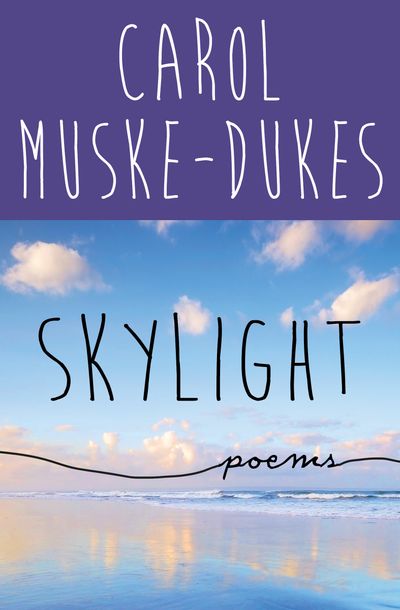 Among the thirty-five poems in Skylight are sonnets, sestinas, and free verse forms on topics ranging from politics to architecture and science. In one volume, Muske-Dukes, National Book Award finalist and former Poet Laureate of California, incorporates multitudes, unified by her lyrical style and rapier-sharp observations. The sonnet “Fireflies” explores a strained relationship that is healed, for one moment, in a nighttime walk lit by the pulsing signals of firefly life. “The Funeral” confronts the stark playground atmosphere in the wake of a child’s funeral. In the melancholy and unforgettable title poem, an “apartment in the sky” in New York City spins before the reader’s eyes.