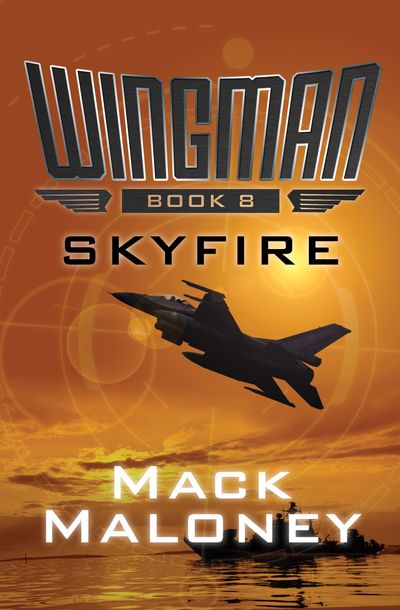 Published by Open Road Media
The threat of nuclear war keeps Hawk Hunter in the cockpit—from the author who delivers “desperate, raw, 200-proof action” (Stephen Coonts).
In the chaos that followed the end of World War III, Major Hawk Hunter took refuge in the arms of a woman named Dominique. As he waged war against the Soviets, fighting to restore the United States, the nation’s greatest fighter pilot and the woman he loved became the most famous couple of the Free World. But Hunter’s campaign soon tore them apart, and he was forced to send her to Canada, where his enemies claimed Dominique as their own. Drugged, tortured, and imprisoned, she waits helplessly—praying for his return. After leading a daring raid to rescue his beloved, Hunter announces his retirement, declaring that only a nuclear threat could get him back into the cockpit. But such a threat is coming—in the sleek black nuclear submarines now steaming toward the eastern seaboard, whose warheads threaten everything Hunter has fought to rebuild. Skyfire is the eighth book of the Wingman series, which also includes Wingman and The Circle War.