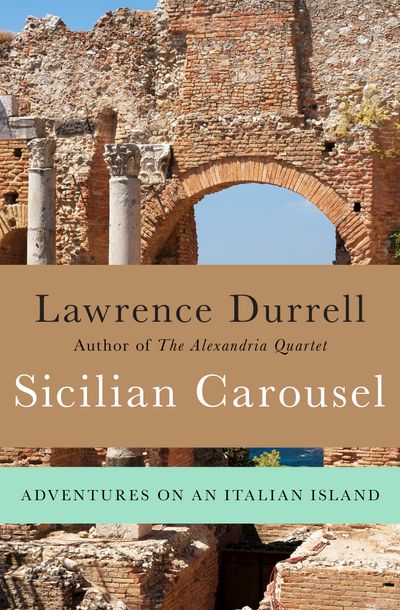 Published by Open Road Media
A moving account of friendship and discovery on the island of Sicily from the acclaimed travel writer and bestselling author of The Alexandria Quartet.
Despite decades spent writing poetic evocations of the timeless pleasures of life in the Mediterranean, Lawrence Durrell had never set foot on the sea’s largest island: mysterious, impenetrable Sicily. For years his friend Martine begged him to visit her on this sun-kissed paradise, and though he always intended to, life inevitably interfered. It took Martine’s sudden death to finally bring him to the island’s shores. With Martine’s letters in his pocket, Durrell signs up for a tour group, hoping to learn the travel habits of those who aren’t obsessively devoted to island life. As he treks from sight to sight, dizzy with history and culture, Durrell finds echoes of his past lives in Rhodes, Cyprus, and Corfu.