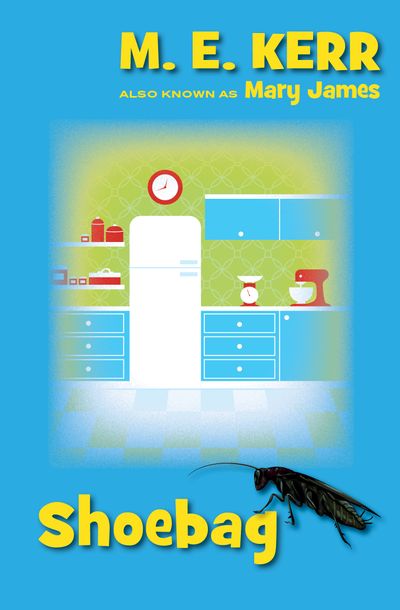 Published by Open Road Media
A cockroach wakes up one morning and discovers that he has turned into a boy
Shoebag likes his life as a cockroach. Like the others in his “tribe,” he was named for the place of his birth—in his case, a white summer sandal. He enjoys living in a Boston apartment building with his parents, Drainboard and Under The Toaster, although they’ve lost countless relatives to jumping spiders, water bugs, beetles, and the deadly fumes of the dreaded exterminator. So when Shoebag discovers that he’s been transformed into a person, he’s horrified. But the worst is yet to come.
Shoebag is adopted by the Biddle family and renamed Stu Bagg. Mr. Biddle enrolls him in Beacon Hill Elementary School, and every night for one hour before bedtime, he watches television with Eunice “Pretty Soft” Biddle, his new seven-year-old sister, who loves the color pink and is the star of toilet paper commercials. At school, Shoebag tries to fit in as a human, while back home he tries to protect his insect family from spiders, cats, and the Zapman.
Then Shoebag discovers a secret formula that could change him back into a roach. All he has to do is choose.
This ebook features an illustrated personal history of M. E. Kerr including rare images from the author’s collection.