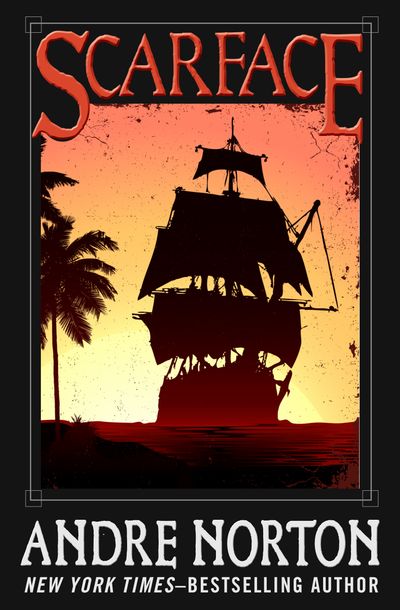 In Scarface, Andre Norton tells the story of a swashbuckling adventure with a pirate crew on the Spanish Main!

The boy Scarface watched the lights of Tortuga dim as the Naughty Lass stood out for the open sea. The Spanish Main promised rich prizes for Captain Cheap and his pirate crew. And this time Cheap had set his sights high—for no less a prey than Sir Robert Scarlett, his lifelong enemy, and Her Majesty’s fleet at Bridgetown. His plan was daring. Muskets roared and swords flashed as redcoats and pirates fought savagely. The fate of Bridgetown hung in the balance—and with it the secret of Scarface’s true identity.