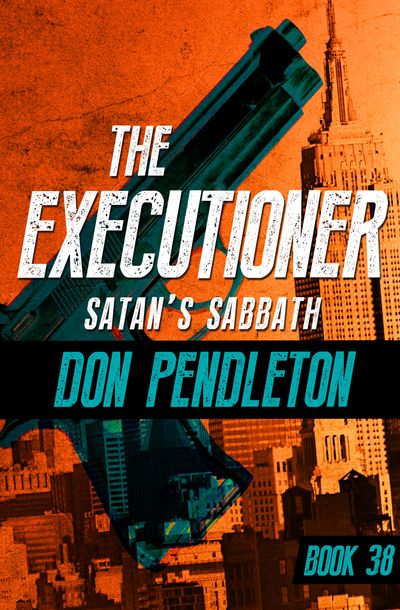 Every day this week, one of the last great Mafia outfits has fallen. All that remains is New York, whose dons no longer believe the one-man army known as Mack Bolan even exists. They will soon find that he is very real—and that their most trusted hit man of all is working on the Executioner’s side.

Ever since his war began, Bolan has known that it would end in death—either for him or for the Mafia itself. Lured by the promise of amnesty into working for the US government, he will make this his final, most incredible mission. One way or another, Mack Bolan is finished—but the Executioner’s war will live forever.

Satan’s Sabbath is the 38th book in the Executioner series, but you may enjoy reading the series in any order.