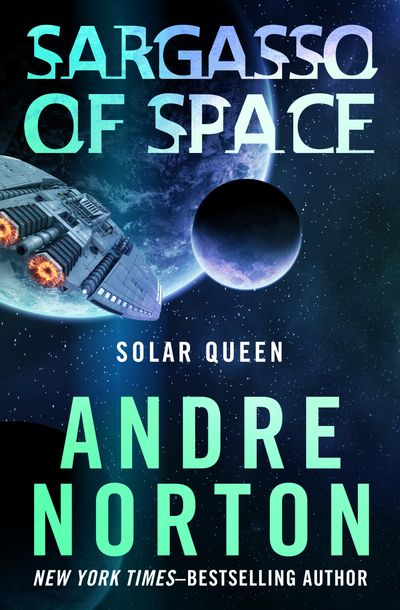 In the future, venturing out into the stars is more than a way for humanity to chart the cosmos—it’s big business. Every time a new planet is discovered, the highest bidder gets first dibs with exclusive property rights for a year. Anything they can find, they can keep.

The planet Limbo was considered a waste of rock to most, which is the only reason apprentice cargo master Dane Thorson and the rest of the crew of the Solar Queen could afford to bid on it. But they soon discover that Limbo is far from uninhabited, the Solar Queen is far from the first ship to explore it—and they can never leave . . .

With her many beloved series, including the Solar Queen novels, Science Fiction Writers of America Grand Master Andre Norton remains “one of the most popular authors of our time” (Publishers Weekly).

Sargasso of Space is the 1st book in the Solar Queen Series, but you may enjoy reading the series in any order.