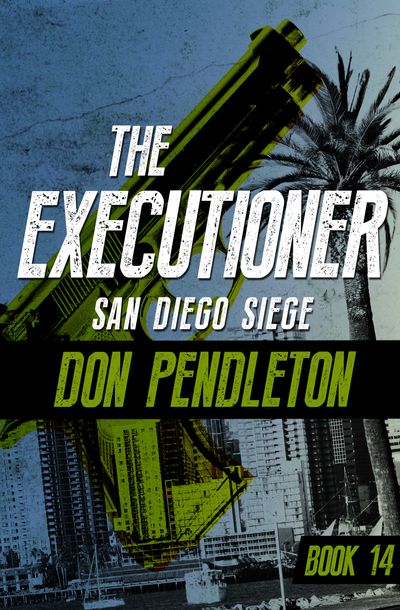 Published by Open Road Media
To save a city that’s corrupt to its core, the Executioner launches a quiet assault

San Diego has one of the finest harbors in the world, easy access to Mexico, and more federal dollars than anywhere else in the country. This combination has made it irresistible to the mob, which runs the city from top to bottom. In his one-man war against organized crime, Mack Bolan has never considered targeting San Diego. The city is too sick to save.

Mack’s old commander from Vietnam is in trouble with the San Diego syndicate, and only the Executioner can save him. Once, Mack would have given anything for Howlin’ Harlan Winters, but he’s not sure he can trust him anymore. Taking down the San Diego mob will require a different kind of battle—a silent infiltration and a surgical assault. To back himself up, Bolan recruits the two surviving members of his long-disbanded Death Squad. If San Diego cannot be saved, it will have to be destroyed.

San Diego Siege is the 14th book in the Executioner series, but you may enjoy reading the series in any order.