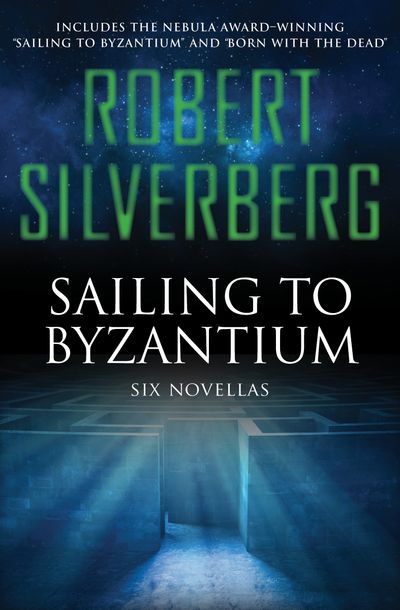 Published by Open Road Media
Six science fiction novellas by the author hailed as “a master” by Robert Jordan—including two Nebula Award winners and two finalists.
Robert Silverberg’s novellas open the door to new worlds: In “Born with the Dead,” a woman wills her body to be “rekindled” after death, allowing her to walk among the living, while her husband is left in the impossible position of accepting her death when he can still see her. In the Nebula Award­–nominated story “Homefaring,” the time-traveling narrator finds himself trapped in the consciousness of a lobsterlike creature of the far future, leading him to reflect on what it means to be human. And in the collection’s Nebula Award­–winning title story, the Earth of the fiftieth century is a place where time is elusive and fluid, and young citizens live as tourists in ancient cities. “When Silverberg is at the top of his form, no one is better,” says George R. R. Martin. Also including Nebula Award finalist “The Secret Sharer,” as well as “Thomas the Proclaimer” and “We Are for the Dark," this collection offers an engrossing exploration of the work of this Grand Master, hailed by the New York Times Book Review as “the John Updike of science fiction.”
This ebook features an illustrated biography of Robert Silverberg including rare images and never-before-seen documents from the author’s personal collection.