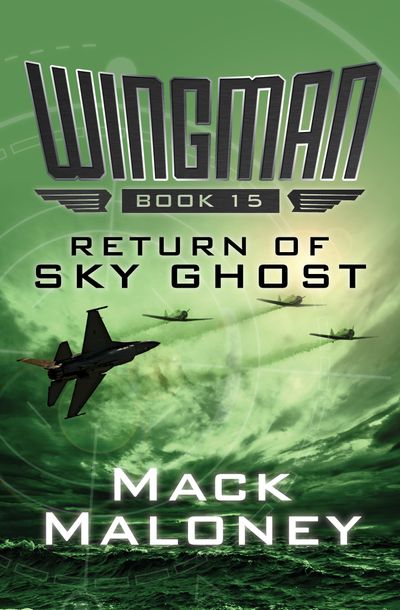 Published by Open Road Media
A fighter pilot is trapped in an alternate universe—where an attack on Pearl Harbor is about to happen . . .

In a parallel universe, the Nazi war machine has finally been defeated after fifty years of combat. But just a few weeks after Victory in Europe Day, war breaks out in a hitherto peaceful theater: the Pacific. A small American ship is on a routine patrol when its captain spies three aircraft-carrying submarines so large that they leave tidal waves in their wakes. Dozens of attack planes stream out from the colossal ships, destroying Pearl Harbor in a matter of minutes before disappearing back into the sea.

Ace fighter pilot Hawk Hunter has heard this story before. A refugee from the dimension where World War II ended in 1945, he’s still getting used to this new universe when the Japanese strike. To defeat them, the United States will need the Wingman—the finest pilot of all time—to rise up in this reality just as he has in the other.

Return of the Sky Ghost is the fifteenth book of the Wingman series, which also includes Wingman and The Circle War.