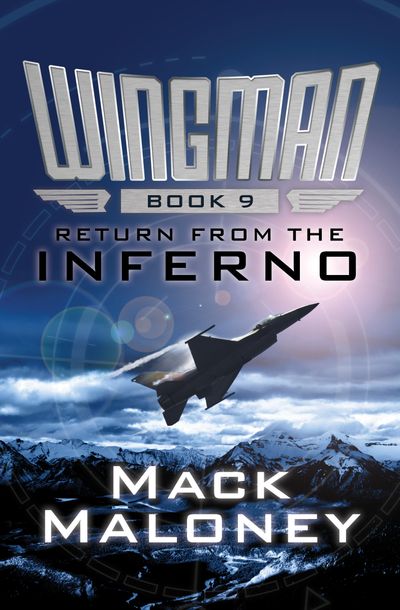 Return from the Inferno

Published by Open Road Media
When the Wingman vanishes, it’s up to the remaining few to fight America’s latest invaders in this post-WWIII “sizzling hot” action series (Stephen Coonts).
Just as America is beginning to recover from nuclear war, her enemies attack again. As ace pilot Hawk Hunter battles the horde of Nordic mercenaries who have ravaged the East Coast, another army lands in California: the combined forces of the dictatorships of East Asia. The Second Axis is here. As always, Hunter leads the charge, flying his famous red, white, and blue F-16 into the invasion’s maw. But for the first time ever, the Wingman does not come out the other side. Their champion gone, America’s soldiers carry on in his absence, resorting to guerilla warfare in a desperate attempt to protect the country’s interior. As the hopeless battle wears on, rumors circulate that Hunter is out there somewhere, planning a counterattack. Until that glorious day comes, there is nothing America can do but hope. Return from the Inferno is the ninth book of the Wingman series, which also includes Wingman and The Circle War.