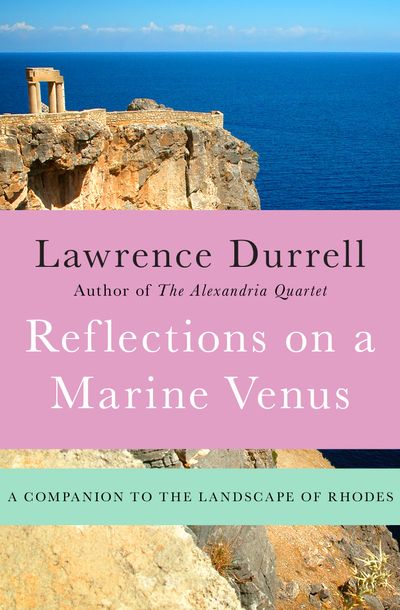 Reflections on a Marine Venus

Published by Open Road Media
After World War II, an Englishman seeks peace on an ancient Greek island in this “remarkable” travel memoir (The New York Times).
Islomania is a disease not yet classified by Western science, but to those afflicted its symptoms are all too recognizable. Men like Lawrence Durrell are struck by a powerful need to live on the ancient islands of the Mediterranean, where the clear blue Aegean is always within reach. After four tortuous wartime years in Egypt, Durrell finds a post on the island of Rhodes, where the British are attempting to return Greece to the sleepy peace it enjoyed in the ’30s. From his first morning, when a dip in the frigid sea jolts him awake for what feels like the first time in years, Durrell breathes in the fullest joys of island life, meeting villagers, eating exotic food, and throwing back endless bottles of ouzo, as though the war had never happened at all. The charms of his stay there still resonate today, for the pleasures of Greece are older than history itself.