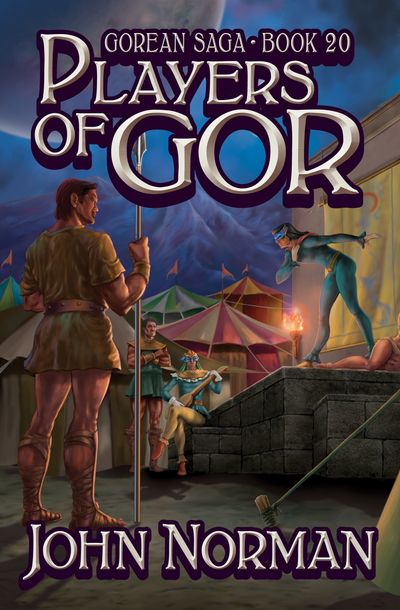 Published by Open Road Media
Intrigue sets the stage for bloody combat in the series that “draw[s] on a combination of philosophy, science-fiction, and erotica” (Vice).

The games of Gor are diverse, as are their players. There are the games of planetary politics, in which worlds are contested. And those of cities and ubarates, of ponderous cavalries and fleets of lateen-rigged ships. And smaller games, bloody games, played on a square of sand, in which the counters and pieces are edged weapons. And, too, there is Kaissa, common on Gor, played with pieces of wood, on a board of a hundred squares.

The major land power in the northern latitudes of known Gor has long been the imperium of mighty Ar. Against her hegemonies on the continent, plans by her major enemies, the maritime ubarates of Cos and Tyros, have been carefully drawn to involve attack from without and subversion from within. Cabot, once of Earth, is drawn into these intrigues.

Players of Gor is the 20th book in the Gorean Saga, but you may enjoy reading the series in any order.