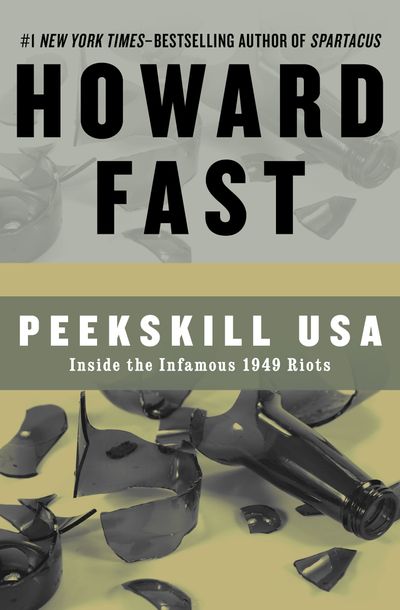 Published by Open Road Media
The #1 New York Times–bestselling author’s firsthand account of the civil rights benefit concert attacked by a violent mob in upstate New York.
In 1949, author Howard Fast found himself in the middle of a violent and terrifying anticommunist riot in Peekskill, New York. Fast was the master of ceremonies at a civil rights benefit concert featuring Paul Robeson, Pete Seeger, and others. But local newspapers stoked anticommunist anger, and the event was besieged by a mob armed with rocks, clubs, fence posts, and knives. Fast’s Peekskill, USA is a blow-by-blow account of the bloody riots, which led to the beating of the first black combat pilot in the US Air Force, Eugene Bullard. This ebook features an illustrated biography of Howard Fast including rare photos from the author’s estate.