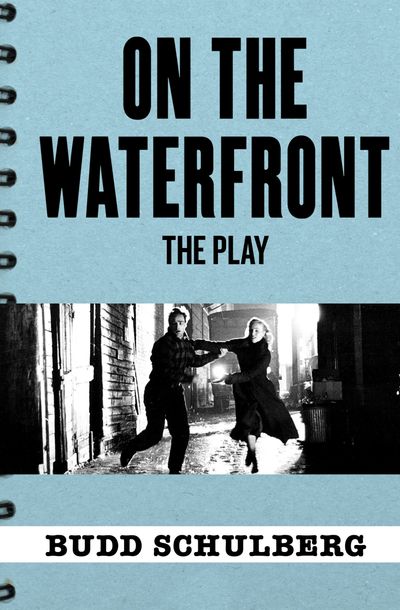 First performed in 1988 and again on Broadway in 1995, Budd Schulberg and Stan Silverman’s stage version of On the Waterfront may represent the purest incarnation of his classic story. Produced forty years after the movie swept the Academy Awards, the subtly modernized stage play was a call to arms for a new generation. With this rendition, Schulberg and Silverman hoped to reach young people who seemed detached from the dehumanizing effects of poverty and the exploitation of society’s most vulnerable. Set in the 1950s and featuring original protagonists Terry Malloy and Father Pete Barry, On the Waterfront continues to stand as a masterful and uniquely American tragedy.

This ebook features an illustrated biography of Budd Schulberg including rare images and never-before-seen documents from the author’s estate.