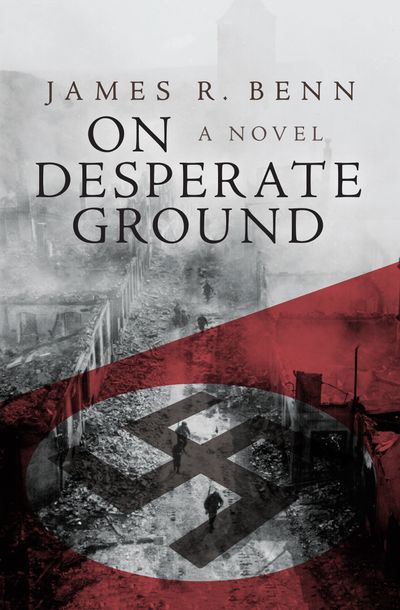 Published by Open Road Media
Danger reigns supreme as Nazi Germany braces for a final showdown in this WWII thriller from the author of the Billy Boyle mysteries.
On Desperate Ground is the story of men and women caught up in the death throes of Nazi Germany, struggling to maintain those things precious to them—life, an end to killing, and even sanity itself. Colonel Johann Faust has lost everyone he ever loved and feels he is going inexorably insane. He hears the haunting voice of his dead fiancée and the demons that roar through his mind as he perfects a plan to save Nazi Germany from defeat and insure a greater and deadlier new world war. Captain Dieter Neukirk, once a protégé of Faust’s, is more concerned with saving the lives of his remaining men than sacrificing them in a fanatical last stand. Meanwhile, Elsa Klein, Dieter’s lover and the chief social worker at a Berlin hospital, is engaged in her own dangerous work, providing medical care and identity papers to hidden Jews in the city. American Captain Mack Mackenzie, pulled from a military hospital before his wounds are healed, is assigned to investigate reports of a secret Nazi operation. Wanting only to make it home alive, Mack finds himself in a life and death struggle with unlikely allies and a ferociously determined opponent. Americans and Germans alike are drawn to a hilltop in the remote German countryside, where they find themselves between powerful armies and forced into a terrible decision that could end one war or begin a new one.