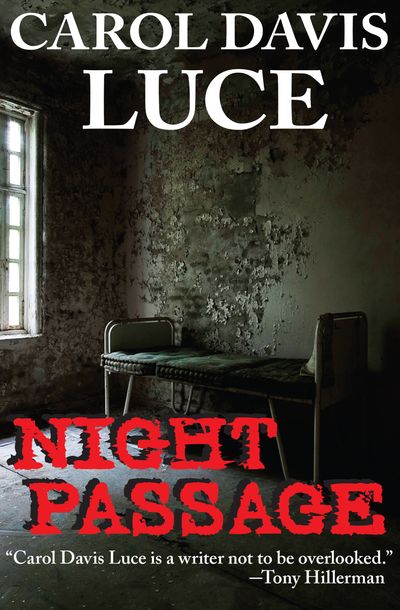 Caroline Holt’s body was found in her bed, covered in blood, her wrists cut, a framed wedding photo on her chest. The death was quickly ruled a suicide, but investigative reporter Roni Mayfield suspects foul play—especially after receiving a terrified message from Caroline hours earlier. What really happened to Caroline that night? What shadowy secrets—secrets that may have cost Caroline her life—are lurking below the surface in this eerie Nevada town?

One thing is for certain: In Eagleton, Nevada, what you know can kill you—and Roni is next.

Written by New York Times– and USA Today–bestselling author Carol Luce Davis, Night Passage is a gristly and chilling tale that will keep readers guessing until the very end.