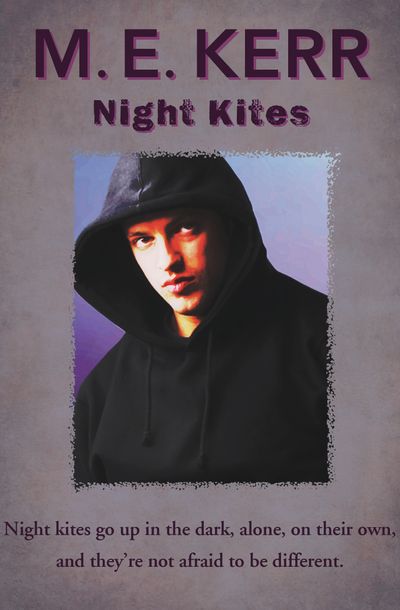 Published by Open Road Media
What do you do when your whole world is blown apart? A seventeen-year-old confronts love, betrayal, and his brother’s illness in this brave, deeply compassionate novel by M. E. Kerr
Life is going great for Seaville High senior Erick Rudd. He’s a good student, he has a girlfriend he’ll probably marry, and he’s on a straight path to college. Then his best friend’s girlfriend lets him know she’s attracted to him. Seventeen going on twenty-five, Nicki Marr is blond, green eyed, and gorgeous. Soon, Erick is seeing her on the sly.
Guilt ridden over his deception, Erick isn’t prepared for what happens next. He finds out that his brother, Pete, who’s ten years older and lives in New York, is very sick . . . with AIDS. Erick is stunned; he didn’t even know his brother was gay. It was Pete who told a five-year-old Erick that night kites don’t think about the dark, that they’re not afraid to be different.
How Erick and his parents deal with Pete’s illness—and how Erick handles his relationship with Nicki—are what make this book so unforgettable. Fearless and profoundly affecting, it will stay with you long after the last page is turned.
This ebook features an illustrated personal history of M. E. Kerr including rare images from the author’s collection.