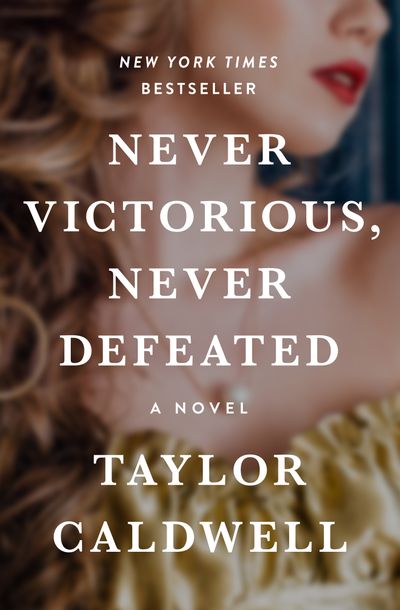 Founded in Portersville, Pennsylvania, in the latter days of Andrew Jackson’s presidency, the Interstate is a small regional railroad with vast potential. Also, it is the birthright of Aaron deWitt’s sons: ruthless yet charming Rufus and stubborn, idealistic Stephen. When Stephen wins control of the Interstate, his victory starts a series of events that will roil the deWitt family for generations.

Over decades, the Interstate grows into an enterprise capable of shaping the future of the nation. Yet, both its triumphs and defeats sow the seeds of the deWitt family’s downfall. Brothers plot against brothers, sons demean fathers, wives betray husbands—all in pursuit of monumental power. Not even Cornelia, Rufus’s beautiful and cunning daughter, can ensure that the deWitt family name won’t disappear.

Spanning nearly a century, Never Victorious, Never Defeated is a brilliant dramatization of the lives of America’s robber barons and further proof that Taylor Caldwell “never falters when it comes to storytelling” (Publishers Weekly).