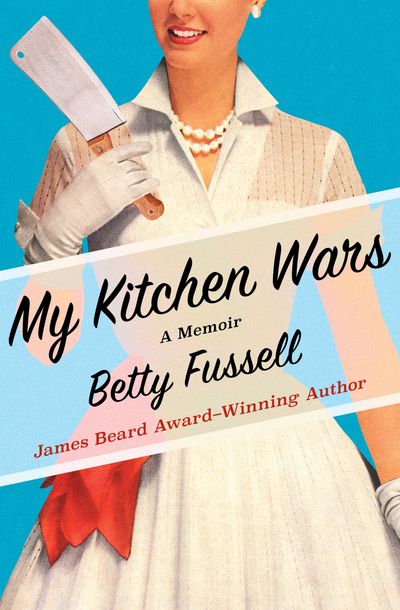 A survivor of the domestic revolutions that turned American television sets from Leave It to Beaver to The Mary Tyler Moore Show to Julia Child’s The French Chef, food historian and journalist Betty Fussell has spotlighted the changes in American culture through food over the last half century in nearly a dozen books.

In this witty and candid autobiographical mock epic, Fussell survives a motherless household during the Great Depression, gets married to the well-known writer and war historian Paul Fussell after World War II, goes through a divorce, and finally escapes to New York City in her mid-fifties, batterie de cuisine intact.

My Kitchen Wars is a revelation of the author’s lifelong love affair with food—cooking it, eating it, and sharing it—no matter where or with whom she finds herself. From Princeton to Heidelberg and from London to Provence, Fussell ladles out food, sex, and travel with her wooden spoon, welcoming all who come to the table.