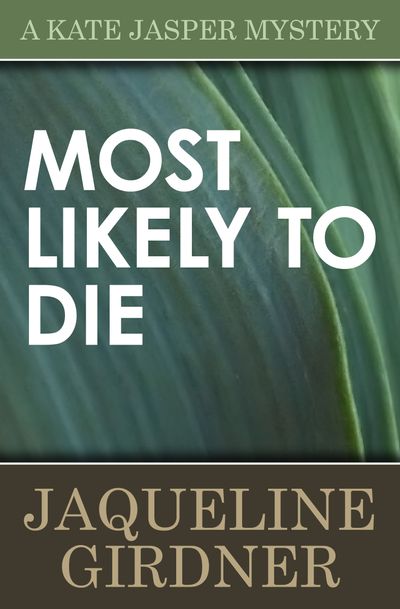 Most Likely to Die

Kate’s twenty-fifth high school reunion was bad enough, but the post-reunion barbecue for the old gang was a real shock. Kate lends her own pinball machine, Hot Flash, to Sid Semling the week before his barbecue party. Sid, master prankster and live wire, does his own wiring on the pinball machine so it spews sexist menopausal insults as fast as he does. But when he steps up to play pinball at the party, it zaps the jokes right out of him. The machine’s been rigged for electrocution, and Kate scores as the primary suspect. Everyone was annoyed by Sid, but it was Kate’s pinball machine that made him the first man to die from a Hot Flash. She must short-circuit the real culprit before she becomes the next Most Likely to Die.