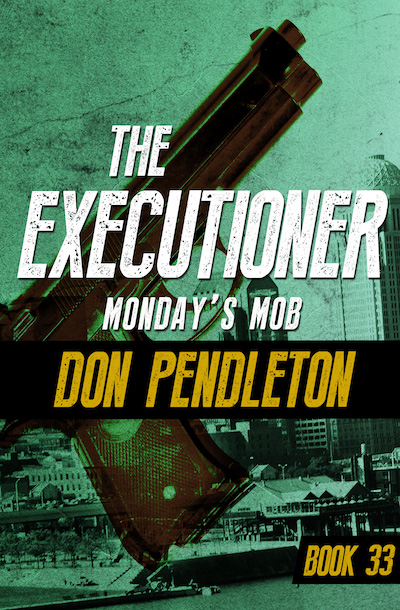 Published by Open Road Media
To deal the Mafia its death blow, the Executioner plans a week in hell

After more than thirty campaigns, Mack Bolan has brought the cosa nostra to its knees. The syndicate is in tatters—its soldiers dead, its bosses terrified, its money all but gone. The US government, believing that organized crime is no longer a threat, begs Bolan to join the fight against international terrorism as head of a secretive task force that answers only to the president. But before he can end his war against the mob, Bolan must be certain of total victory. In six days he will finish the Mafia once and for all—or he will finally die trying.

He starts in Louisville, where some of the most powerful bosses in the country have gathered to make a last-ditch stand against the Executioner. But before he can destroy them, Bolan must rescue their prisoner: a beautiful woman named April Rose, who will change his life forever.

Monday’s Mob is the 33rd book in the Executioner series, but you may enjoy reading the series in any order.