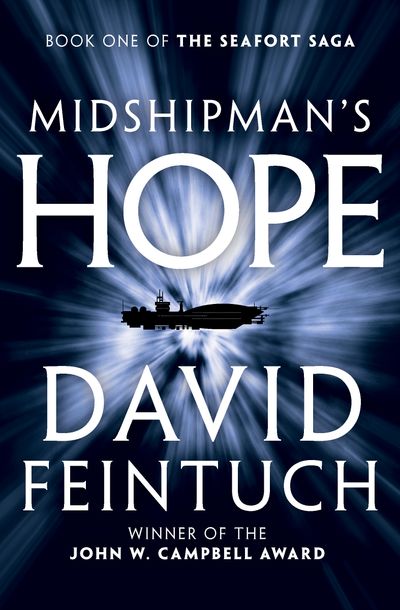 Published by Open Road Media
First in the military science fiction series that does “an excellent job of transferring Hornblower to interstellar space. A thoroughly enjoyable read” (David Drake).
In the year 2194, seventeen-year-old Nicholas Seafort is assigned to the Hibernia as a lowly midshipman. Destination: the thriving colony of Hope Nation. But when a rescue attempt goes devastatingly wrong, Seafort is thrust into a leadership role he never anticipated. The other officers resent him, but Seafort must handle more dangerous problems, from a corrupted navigation computer to a deadly epidemic. Even Hope Nation has a nasty surprise in store. Seafort might be the crew’s only hope . . . This page-turning science fiction in the vein of Robert Heinlein and Orson Scott Card—with a dash of Horatio Hornblower—marks the captivating debut adventure in Feintuch’s hugely popular Seafort Saga.