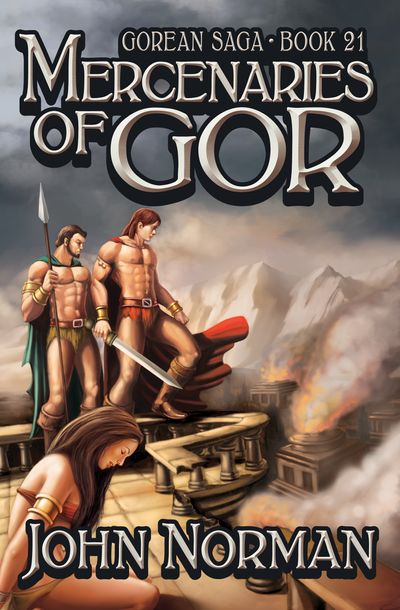 Published by Open Road Media
Tarl Cabot is caught up in intrigues and rivalries on the planet of Gor in this science fantasy adventure.

On Gor, there are numerous mercenary companies—some larger, some smaller—whose services may be purchased or bid upon for given periods of time. The allegiance of these companies is to their pay and their captains. The forces of Cos and Tyros, powerful maritime ubarates, and their allies have now beached upon the mainland and are utilizing the city of Torcodino as a repository for supplies, in preparation to march on a nigh-undefended and unprepared Ar. Should Ar fall, the disinterested tolerances and neutralities, and even the balance of power long sustained between Ar and the great maritime ubarates—things that made the existence of the independent companies possible—will vanish, a development threatening the very existence of the independent companies. But when Cabot arrives in Ar, it is a city rife with doubt, dissension, and treason. To whom shall the letters be delivered, and whom can he trust?

Mercenaries of Gor is the 21st book in the Gorean Saga, but you may enjoy reading the series in any order.