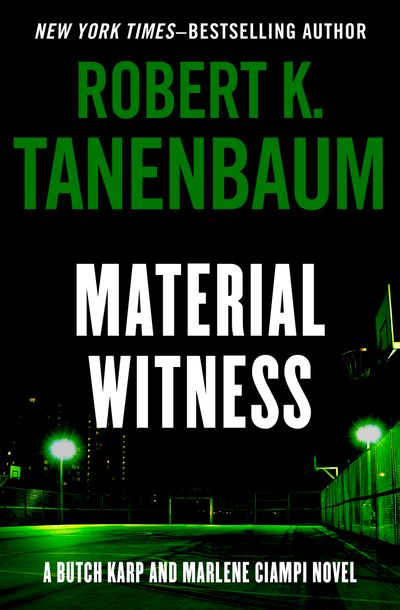 In this “wild, exhilarating ride” from the New York Times–bestselling author, a prosecutor goes undercover—on the court—after a basketball player’s murder (Chicago Tribune).

Marion Simmons is big. He’s tough. And he takes a long time to die. Simmons survives the long ride through Queens, clinging to life until the car stops in an abandoned lot, and a hit man puts two bullets in his head. When the police arrive, they recognize the dead man instantly. Simmons is the most famous basketball player in New York City, and his murder—along with the fortune of cocaine found in the car—will turn the sport upside down.

When he was in college, Butch Karp dreamed of playing professional basketball. Instead, he became the toughest prosecutor in the District Attorney’s office. To get to the truth of Simmons’ murder, Karp goes undercover as a player—putting his life on the line to cleanse the sport of drug dealing, point shaving, and murder for hire.

From the former Manhattan assistant DA and bestselling author of Justice Denied, Material Witness is a standout legal thriller in the long-running Butch Karp and Marlene Ciampi series.

Material Witness is the 5th book in the Butch Karp and Marlene Ciampi series, but you may enjoy reading the series in any order.

“A winner . . . a master of the crime grime of Manhattan . . . for those who have stalked the criminal courts there’s tremendous authenticity.” —F. Lee Baily