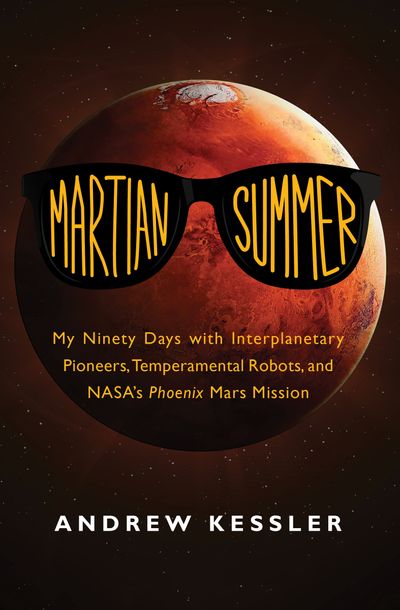 Published by Open Road Media
A space enthusiast goes inside mission control with a motley crew of rocket scientists in this “fascinating journey of discovery peppered with humor” (Publishers Weekly).

The Phoenix Mars mission was the first man-made probe ever sent to the Martian arctic. Its purpose was to find out how climate change could turn a warm, wet planet (read: Earth) into a cold, barren desert (read: Mars). Along the way, Phoenix discovered a giant frozen ocean trapped beneath the north pole of Mars, exotic food for aliens, and liquid water, and laid the foundation for NASA’s current exploration of Mars using the Curiosity rover.

This is not science fiction. It’s fact. And for the luckiest fanboy in fandom, it was the best vacation ever. Andrew Kessler spent the summer of 2008 in NASA’s mission control with one hundred thirty of the world’s best planetary scientists and engineers as they carried out this ambitious operation. He came back with a story of human drama about modern-day pioneers battling NASA politics, temperamental robots, and the bizarre world of daily life in mission control.