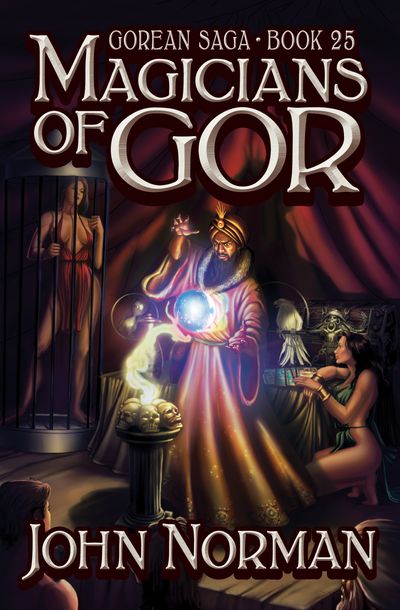 Published by Open Road Media
Chaos reigns on the Counter-Earth in the long-running series that “draw[s] on a combination of philosophy, science-fiction, and erotica” (Vice).

After the disaster of the delta campaign, Ar is essentially defenseless. The forces of Cos and her allies are welcomed into the city as liberators. Ar’s Station, which held out so valiantly against superior forces in the North, is denounced as traitorous. Veterans of the delta campaign are despised and ridiculed. Patriotism and manhood are denigrated. Lawlessness and propaganda are rampant. Marlenus, the great ubar, who might have organized and led a resistance, who might have rallied the city, is presumed dead somewhere in the Voltai Mountains. Tarl is concerned with a warrior’s vengeance upon sedition and treachery, and, in particular, with meeting one who stands high among the conspirators—a beautiful woman now enthroned as ubara, whose name is Talena.

Magicians of Gor is the 25th book in the Gorean Saga, but you may enjoy reading the series in any order.