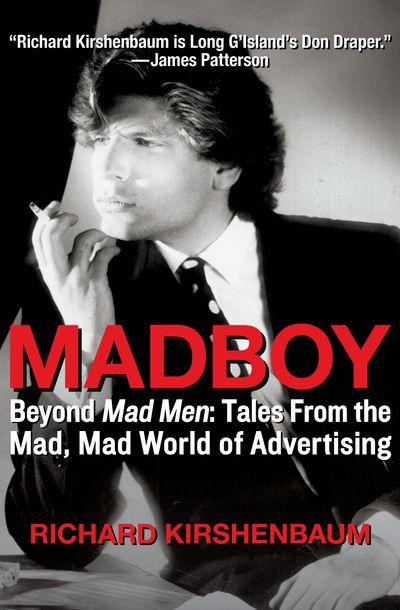 Richard Kirshenbaum was born to sell. Raised in a family of Long Island strivers, this future advertising titan was just a few years old when his grandfather first taught him that a Cadillac is more than a car, and that if you can’t have a Trinitron you might as well not watch TV. He had no connections when he came to Madison Avenue, but he possessed an outrageous sense of humor that would make him a millionaire. In 1987, at the age of twenty-six, Richard put his savings on the line to launch his own agency with partner Jonathan Bond, and within a year, had transformed it from a no-name firm into the go-to house for cutting-edge work. Kirshenbaum and Bond pioneered guerilla marketing by purchasing ad space on fruit, spray-painting slogans on the sidewalk, and hiring actors to order the Hennessy martini in nightclubs. They were the bad boys of Madison Avenue—a firm where a skateboarding employee once bowled over an important client—but backed up their madness with results. Packed with business insight, marketing wisdom, and a cast of characters ranging from Princess Diana to Ed McMahon, this memoir is as bold, as breathtaking, and as delightful as Richard himself.