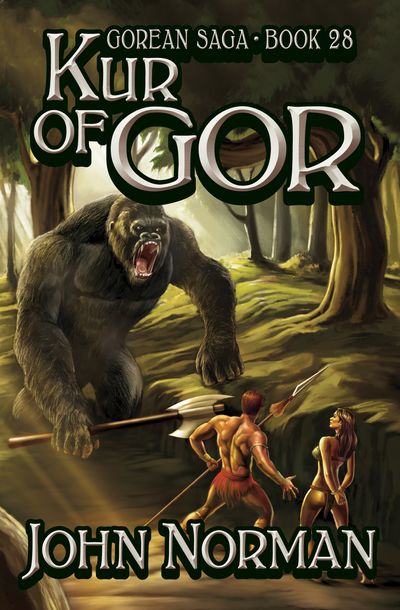 Published by Open Road Media
An alien race bent on conquering Counter Earth has Tarl Cabot in its sights.

The Kur race once had a planet of its own, but somehow it was rendered unviable, either destroyed or desolate, apparently by the Kurs’ own hands. So they searched for a new home and found not one but two suitable planets—planets they set their minds to conquering. But these planets, Earth and its sister planet Gor, the Counter Earth, were not undefended. The Kur attempted their conquest four times, only to be beaten back by the mysterious Priest-Kings, rulers of Gor. As the Kurii lurk deep within an asteroid belt, awaiting the chance to seize their prize, their attention is drawn to a human, Tarl Cabot. Tarl was once an agent of Priest-Kings but is now their prisoner, held captive in a secret prison facility. But what is their interest in Tarl Cabot?

Kur of Gor is the 28th book in the Gorean Saga, but you may enjoy reading the series in any order.