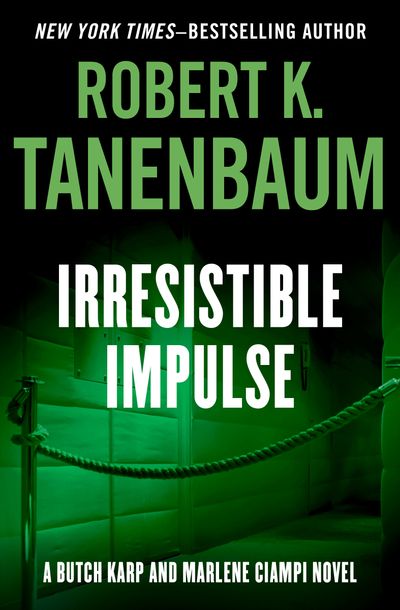 A racially charged murder pits the NY assistant DA against a flashy defense lawyer in an “irresistible” legal thriller by the bestselling author of Infamy (Publishers Weekly).

It’s the early ’80s, and New York City is eating itself alive. The murder rate is skyrocketing, and Butch Karp, the battle-tested assistant district attorney in charge of the NYPD’s homicide bureau, is the only thing standing between the city and chaos. And he’s about to get pushed to the breaking point.

As the bureau chief, Karp is not supposed to try cases himself, but he’s about to make an exception. A wealthy suburbanite is accused of a series of murders in Harlem, and the case’s racial implications threaten to set the city ablaze. Promising to get a conviction, Karp puts his reputation and his career on the line. His opponent is the country’s most famous defense attorney, a notorious showman determined to use every trick in the book to get his client free, and destroy Butch Karp in the process.

Before he became the New York Times–bestselling author of such legal thrillers as No Lesser Plea and Falsely Accused, Robert K. Tanenbaum was one of the most successful trial attorneys in New York City. Irresistible Impulse displays the grit, brains and brio that made him so successful.

Irresistible Impulse is the 9th book in the Butch Karp and Marlene Ciampi series, but you may enjoy reading the series in any order.