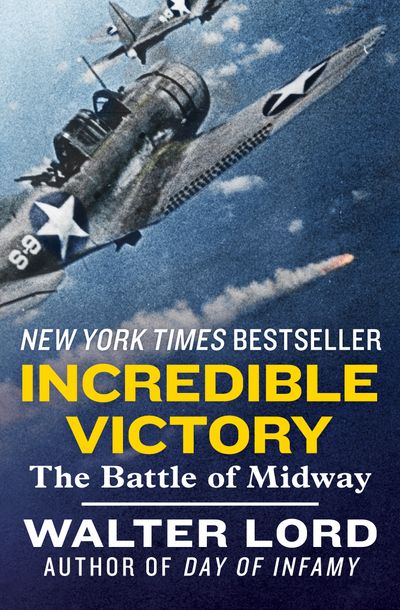 Published by Open Road Media
The “remarkable” New York Times bestseller about the battle in the Pacific that turned the tide of World War II—from the author of The Miracle of Dunkirk (Los Angeles Times).
On the morning of June 4, 1942, doom sailed on Midway. Hoping to put itself within striking distance of Hawaii and California, the Japanese navy planned an ambush that would obliterate the remnants of the American Pacific fleet. On paper, the Americans had no chance of winning. They had fewer ships, slower fighters, and almost no battle experience. But because their codebreakers knew what was coming, the American navy was able to prepare an ambush of its own. Over two days of savage battle, American sailors and pilots broke the spine of the Japanese war machine. The United States prevailed against momentous odds; never again did Japan advance. In stunning detail, Walter Lord, the #1 New York Times–bestselling author of Day of Infamy and A Night to Remember, tells the story of one of the greatest upsets in naval history.

“Graphic and realistic . . . not an impersonalized account of moves on the chessboard of war, [but] a story of individual people facing crucial problems.” —The New York Times