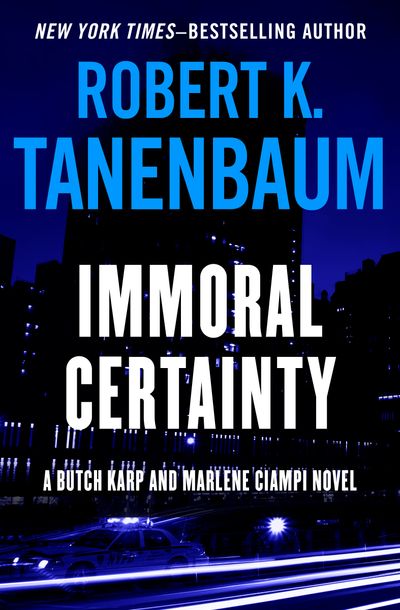 Published by Open Road Media
From a New York Times–bestselling master with over one million copies in print: Prosecutor Butch Karp hunts a psychopath targeting the innocent.

He is the Bogeyman: a remorseless monster stalking the streets of New York in search of fresh victims—his chosen prey being children.

The killings are ghastly enough to shock lawyer Butch Karp, who thought he’d already seen the absolute worst of humanity in his work. So when a child abuse case and a homicide case seem to be connected, Karp and his colleague Marlene Ciampi find themselves delving into the darkest corners of New York’s underworld.

Their chosen prey? A cold-blooded predator whose twisted work has only just begun—and whose true motives will force Karp to decide how far he is truly willing to go to stop the horror.

Known to his fans as “one hell of a writer,” (New York Post) Robert K. Tanenbaum lends truthful, gritty authenticity to his legal thrillers as one of the most successful prosecuting attorneys in America, having convicted hundreds of violent criminals. This is one of the most intense and haunting of the popular series that includes Infamy, Tragic, and No Lesser Plea. This ebook features an illustrated biography of Robert K. Tanenbaum including rare photos from the author’s personal collection.