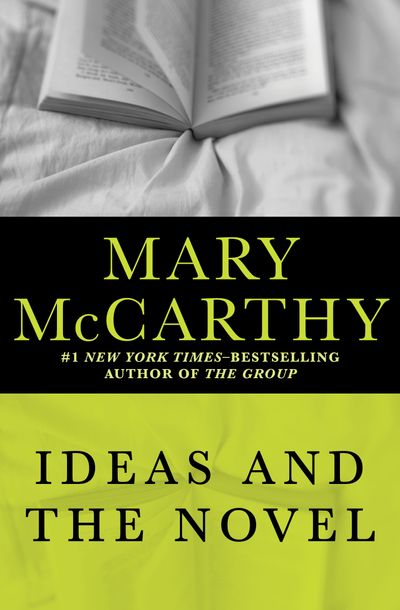 Ideas and the Novel

Published by Open Road Media
In this eye-opening book, Mary McCarthy shares her love of the novel and her fear that it is becoming an endangered literary species
“He had a mind so fine that no idea could violate it.”
So begins Mary McCarthy’s fascinating critical analysis of the novel (and its practitioners) from her double-edged perspective as both reader and writer. The bestselling author of The Group takes T. S. Eliot’s quote about Henry James, written in 1918, as a jumping-off point to discuss how the novel has evolved—or not—in the last century. In this lively, erudite book, McCarthy throws down the gauntlet: Why did the nineteenth century produce novels of ideas while the twentieth century is so lacking in serious fiction? She winnows out the underachieving (read: overhyped) authors from the geniuses, explores why Jean Valjean personifies man’s conscience in Victor Hugo’s Les Misérables, and shows how Stendhal’s The Red and the Black “illustrates the evil effects of reading.” She also tackles the role of the omniscient narrator and analogizes novels to air travel.
With its exploration of authors from Balzac to D. H. Lawrence, Ideas and the Novel holds inviolate the idea of the novel as a means ultimately of liberating ideas.
This ebook features an illustrated biography of Mary McCarthy including rare images from the author’s estate.