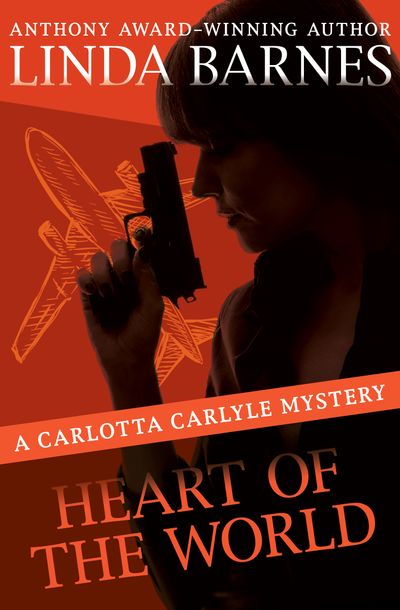 Heart of the World

Published by Open Road Media
The Boston PI tangles with the Colombian underworld in this “astonishing installment in . . . one of the best private eye series ever” (Harlan Coben).

Carlotta is frantic. It appears that Paolina, a street-smart teenage girl she’s always thought of as a little sister, has run away. After dead-end investigations throughout Boston, Carlotta fears the worst. Especially when she connects the disappearance to Paolina’s biological father, Roldán Gonzales, a ruthless Colombian drug lord. To find Paolina, first Carlotta has to find Gonzales—but he’s vanished too. The official report is that he’s dead.

Warned against going to the police in Bogotá, Carlotta must trust her instincts as she follows in Paolina’s footsteps, which lead to the mountains of Colombia—Sierra Nevada de Santa Marta, the heart of the world. But will her rescue end up being a trap? The answer will “shock and surprise the reader” (Library Journal).

“This is her best.” —Michael Connelly

Heart of the World is the 11th book in the Carlotta Carlyle Mysteries, but you may enjoy reading the series in any order.