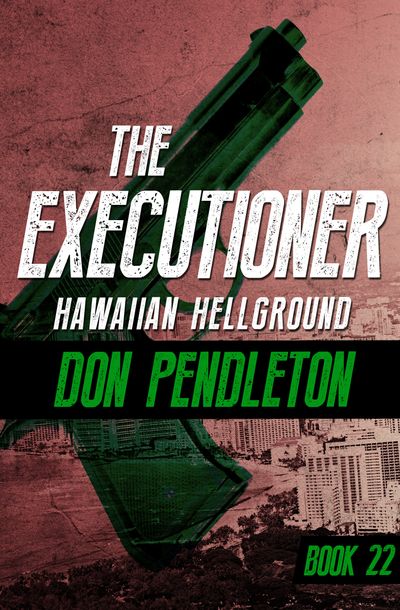 Published by Open Road Media
In beautiful Hawaii, the Executioner opens a volcanic war in the Pacific

Mack Bolan stands at the lip of Puowaina, the Hawaiian war cemetery, and pays tribute to the friends he lost in Vietnam. Since he left the jungle, this crack sniper has been fighting a different war—an endless battle against organized crime that he knows will someday end in his death. He is in Hawaii on a mission, and that mission is murder.

He starts by firing a series of sniper rounds into the palatial apartment of the Hawaiian heroin king. As Bolan watches the local mob try to pick up the pieces, he begins hearing rumors of another capo: the mysterious King Fire. There is a conspiracy lurking beneath the surface of this beautiful chain of islands—a fiendish plot that stretches to the farthest reaches of the Pacific.

Hawaiian Hellground is the 22nd book in the Executioner series, but you may enjoy reading the series in any order.