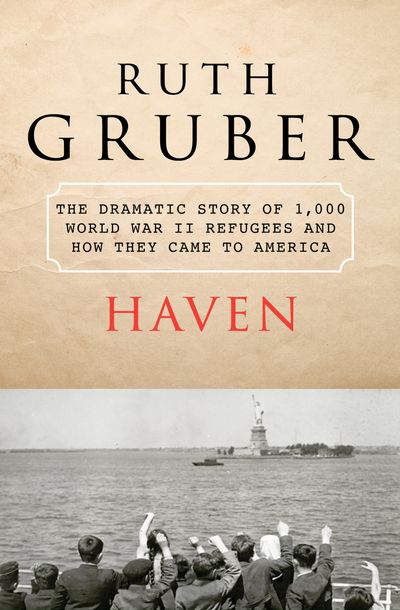 In 1943, nearly one thousand European Jewish refugees from eighteen different countries were chosen by President Franklin Delano Roosevelt’s administration to receive asylum in the United States. All they had to do was get there.

Ruth Gruber, with the support of Secretary of the Interior Harold Ickes, volunteered to escort them on their secret route across the Atlantic from a port in Italy to a “safe haven” camp in Oswego, New York. The dangerous endeavor carried the threat of Nazi capture with each passing day.

While on the ship, Gruber recorded the refugees’ emotional stories and recounts them here in vivid detail, along with the aftermath of their arrival in the US, which involved a fight for their right to stay after the war ended.

The result is a poignant and engrossing true story of suffering under Nazi persecution and incredible courage in the face of overwhelming circumstances.