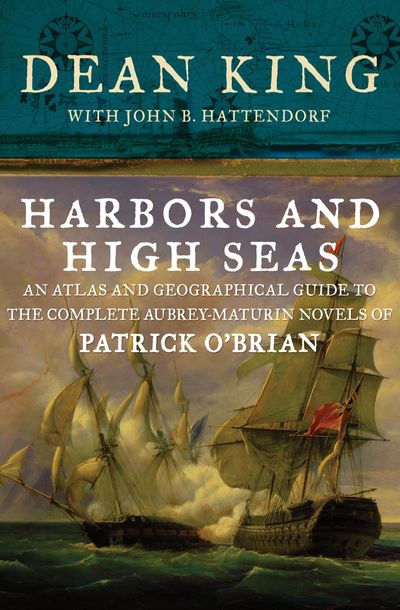 Published by Open Road Media
This companion for fans of the Napoleonic sea sagas offers maps of the novels’ streets, seas, and coasts, and much more.
The tall-masted sailing ships of the early nineteenth century were the technological miracles of their day, allowing their crews to traverse the seas with greater speed than had ever been possible before. Novelist Patrick O’Brian captured the thrill of that era with his characters Jack Aubrey and Stephen Maturin, who visited exotic locales in the service of the Royal Navy. From frigid Dieppe to balmy Batavia, they strolled the ports of the world as casually as most do the streets of their hometown. Packed with maps and illustrations from the greatest age of sail, this volume shows not just where Aubrey and Maturin went, but how they got there. An incomparable reference for devotees of O’Brian’s novels and anyone who has dreamed of climbing aboard a warship, Harbors and High Seas is a captivating portrait of life on the sea, when nothing stood between man and ocean but grit, daring, and a few creaking planks of wood.