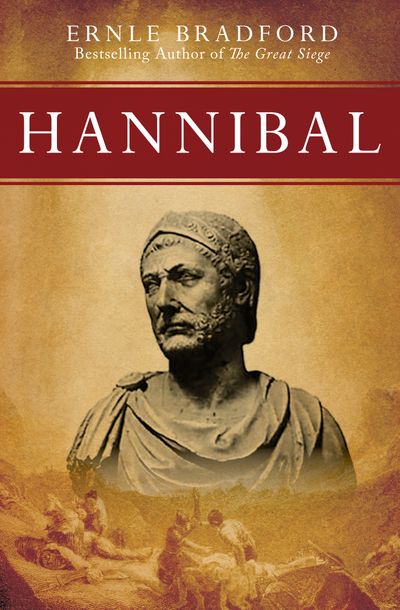 Published by Open Road Media
The life of the great military commander of ancient Carthage from the bestselling author of Thermopylae and Gibraltar.

Born in Carthage in 247 BC, Hannibal Barca is considered one of the greatest military commanders of all time. Following the example set by his father, Hamilcar, he dedicated his life to the defeat of Rome. At the outbreak of the Second Punic War, Hannibal famously led an army across the Pyrenees and the Alps to victory against the Romans at the Battle of Trebia. In the years that followed, Hannibal led the Carthaginian war on Rome through some of the most brutal and costly battles in recorded history.

In this richly detailed biography, Ernle Bradford tells the story of a great leader whose military strategies have been studied and copied by commanders throughout history, from his own Roman enemies to Napoleon Bonaparte.