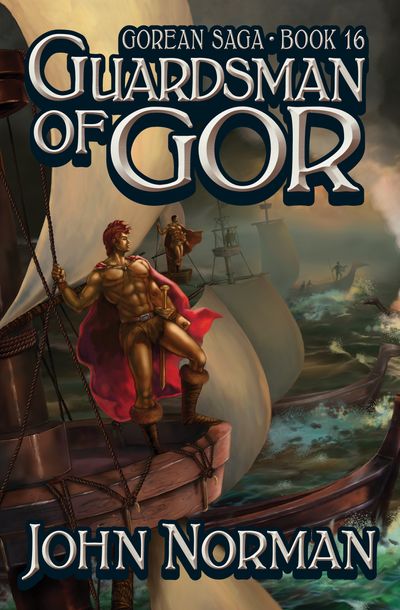 Published by Open Road Media
An Earth man and former slave rises through the ranks of the Gorean army.

Thrust into a life full of woeful twists and turns, Jason Marshall has contended with the prehistoric customs and immeasurable power of the Goreans. His struggles on Gor, a planet resembling Earth, included escaping imprisonment, enslavement, and redeeming lost land. Jason has fought to regain control of his life. Having ascended to a position of power in the Gorean army, Jason must prevail in a battle that seems destined to destroy Gor. Jason has a lot riding on his success as a war leader: prestige, wealth, and an Earth girl of goddess-like beauty. Will Jason be able to win the war and avoid a fate worse than death?

Guardsman of Gor is the 16th book in the Gorean Saga, but you may enjoy reading the series in any order.