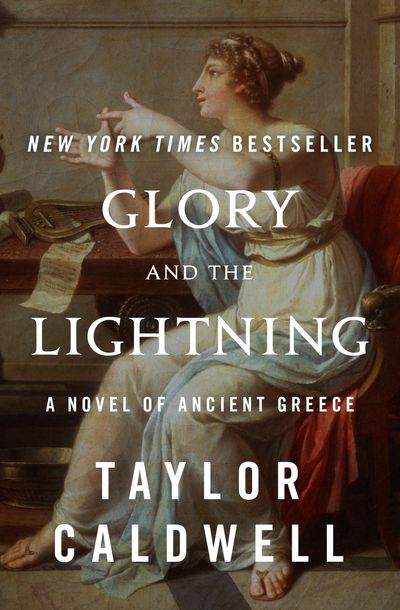 Glory and the Lightning

Published by Open Road Media
New York Times Bestseller: A breathtaking saga of ancient Greece and one of history’s most influential political couples, Aspasia and Pericles.

Born in the Greek city of Miletus, Aspasia was destined for a life of tragedy. Her wealthy father vowed to abandon any female child, so Aspasia was secreted away, educated independently of her family, and raised as a courtesan. She discovered at an early age how to use her powers of intellect as ingeniously as those of the flesh.

Ensconced in the Persian harems of Al Taliph, she meets the man who will change her fate: Pericles, the formidable political leader, statesman, ruler of Athens, and Aspasia’s most cherished lover. She becomes his trusted confidante, his equal through scandal, war, and revolt.

From the eruption of the Peloponnesian War to violent political and family rivalries to a devastating plague, author Taylor Caldwell plunges the reader into the heart of ancient Athens. In bringing to life the tumultuous love affairs and gripping power struggles of one of history’s most complicated and fascinating women, Glory and the Lightning is thrilling proof that “Caldwell never falters when it comes to storytelling” (Publishers Weekly).