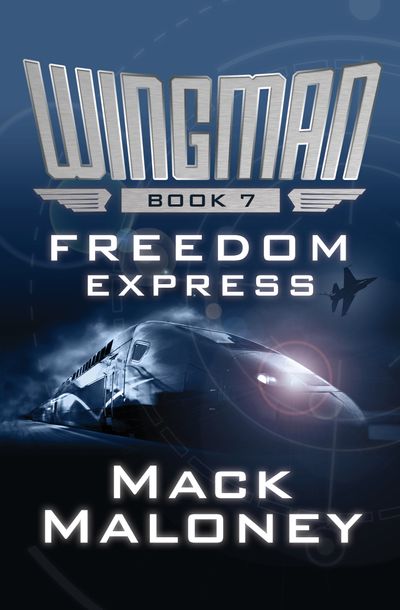 Published by Open Road Media
To reclaim the American Badlands from Soviet invasion, fighter pilot Hunter Hawk trades in his F-16 for a battle-ready locomotive.
World War III ended with a Soviet nuclear attack that shattered the United States into fragments. Led by Major Hawk Hunter, what remained of the country’s armed forces fought off the Red Army invasion, and they have spent years rebuilding their fragmented nation. Only one territory was left deserted: the Southwest, now known as the Badlands. In order to reestablish the overland route between the eastern and western regions, a train of modern pioneers is sent across the desert. The train makes it safely, but when it arrives in Los Angeles, every passenger on board has vanished. To bring the fight to the bandits, Hunter designs his own train—a super-fortress on rails that will make the country safe again. But the new Wild West is no place for a lawman, and Hunter will need more than a six-gun to survive. Freedom Express is the seventh book of the Wingman series, which also includes Wingman and The Circle War.