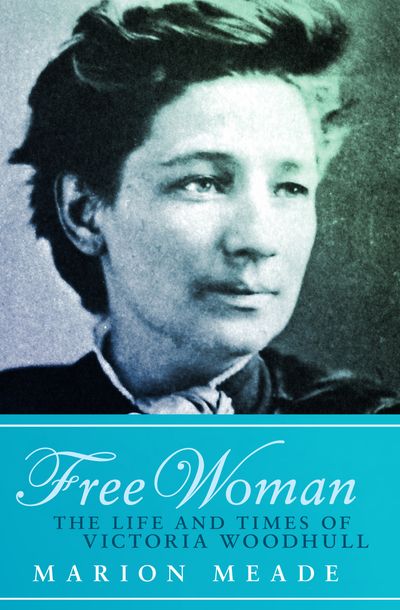 Published by Open Road Media
Victoria Woodhull is a historical figure too often ignored and undervalued by historians. Although she never achieved political power, her actions and her presence on the political scene helped begin to change the way Americans thought about the right to vote, particularly women’s suffrage, and she set the stage for political emancipations to come throughout the twentieth century.

Woodhull was a product of and a revolutionary within the socially conservative Victorian era, which predominated in the United States as much as it did in England. She was an anomaly within her time, an unlikely and unconventional woman. She came from a background of poverty and her careers prior to entering politics included fortune-telling, acting, being a stock broker, journalism, and lecturing on women’s rights. She ran for president of the United States in 1872. At that time, she had twice been divorced and she outraged even the feminists of her day by refusing to confine her campaign to the issue of women’s suffrage. She advocated a single sexual standard for men and women, legalization of prostitution, reform of the marriage and family institutions, and “free love.” She shocked a nation largely because her plain-speaking was designed to expose the endemic hypocrisy of “respectable” people in society.

Marion Meade has created a vivid picture of the colorful figure that was Victoria Woodhull, but she also fully portrays the era in which she lived, in all of its truest and often most unflattering colors. She makes the 1870s read in many ways like the 1970s, not just because Victoria Woodhull was far ahead of her own time but also because many people in the present era are still culturally behind the times.