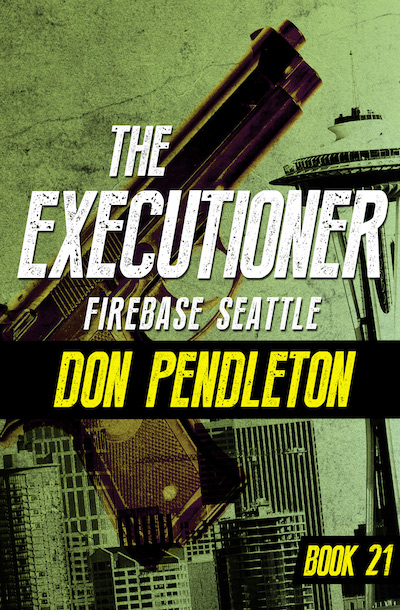 Published by Open Road Media
Outside Seattle, the Executioner discovers a Mafia plot to dominate the world

On a remote island in Puget Sound, a millionaire’s house has been sold to the mob. The dock has been lengthened, security has been tightened, and men with guns have been scattered across the shore. Late on a moonlit night a figure in black drops in from the sky. He is Mack Bolan, the Executioner, whose one-man war against organized crime has carried him to Seattle. He will not like what he finds.

Beneath the main house, Bolan discovers a sprawling underground bunker being dug into solid rock. This is the Mafia’s newest firebase—a fortified compound from which to control shipping traffic across the Pacific Ocean. If the mob can control shipping, it has a chance to control the world, unless Bolan finds a way to push this island fortress back into the sea.

Firebase Seattle is the 21st book in the Executioner series, but you may enjoy reading the series in any order.