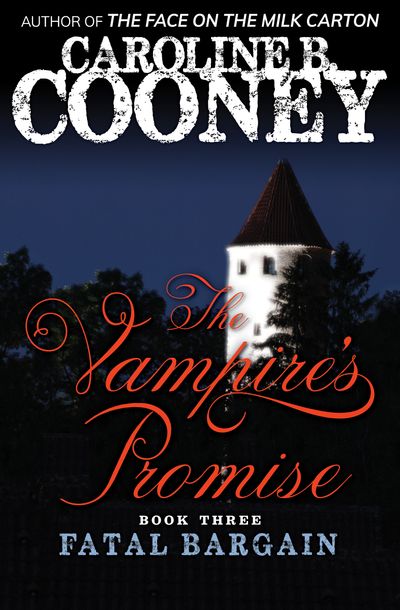 Published by Open Road Media
Trapped by a vampire in an attic tower, six friends are forced to make a fatal choice
There is a creepy, shuttered attic tower in the town’s run-down, old, abandoned mansion, and it’s the perfect place to have a spooky party. At least, that’s what Randy thinks when he invites his five friends for a night of scary fun. But the night gets more terrifying than anyone anticipated when Roxanne feels a long sharp fingernail brushing her bare neck, with no one near enough to touch her. Then Randy sees a shadow gathering—a cape without a person inside. Lacey immediately senses the presence of a vampire in the tower. She doesn’t understand how, but she knows it in her bones, in her soul, as if from another life in an ancient time: Vampire. In the chilling finale to Caroline B. Cooney’s Vampire’s Promise trilogy, six friends are trapped in a nightmare, and are forced to make a terrible choice. Only five may leave—and one must stay behind to face the vampire alone. This ebook features an illustrated biography of Caroline B. Cooney including rare images and never-before-seen documents from the author’s personal collection.