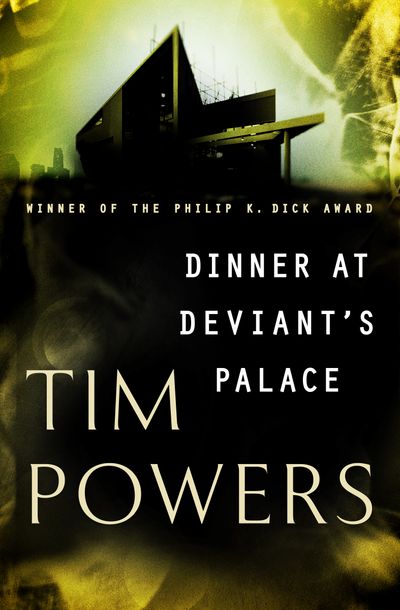 Published by Open Road Media
A Philip K. Dick Award Winner from “a brilliant writer”: In a ravaged California, a man tries to rescue his lost love from a soul-devouring religious cult (William Gibson).
In the twenty-second century, the City of Angels is a tragic shell of its former self, having long ago been ruined and reshaped by nuclear disaster. Before he was in a band in Ellay, Gregorio Rivas was a redeemer, rescuing lost souls trapped in the Jaybirds cult of the powerful maniac Norton Jaybush. Rivas had hoped those days were behind him, but a desperate entreaty from a powerful official is pulling him back into the game. The rewards will be plentiful if he can wrest Urania, the official’s daughter and Gregorio’s first love, from Jaybush’s sinister clutches. To do so, the redeemer reborn must face blood-sucking hemogoblins and other monstrosities on his way to discovering the ultimate secrets of this neo-Californian civilization.

One of the most ingeniously imaginative writers of our time, Tim Powers dazzles in an early work that displays his unique creative genius, earning him a nomination for the Nebula Award. Alive with wit, intelligence, and wild invention, Dinner at Deviant’s Palace is a mad adventure across a dystopian future as only Tim Powers could have imagined it.

This ebook features an original introduction by the author.