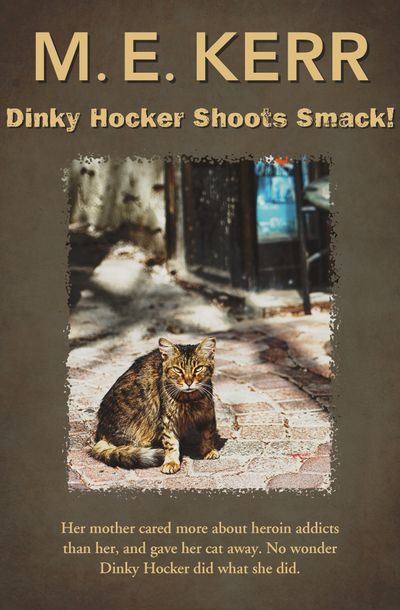 Published by Open Road Media
M. E. Kerr’s first novel—hailed by the New York Times as a “timely, compelling,” and “brilliantly funny” look at adolescence and friendship
It was bad enough that they had to move to Brooklyn—Brooklyn Heights, as Tucker Woolf’s dad instructs him to tell everyone after he loses his job. Now his father has suddenly developed an allergy to Tucker’s cat, Nader, a nine-month-old calico Tucker found underneath a Chevrolet. Tucker’s beloved pet finds a new home with overweight, outrageous Susan “Dinky” Hocker, the only person to answer Tucker’s ad.
As Tucker starts paying regular visits to Dinky’s house to check up on Nader, his life begins to change. Dinky introduces Tucker to her strange cousin, Natalia Line, a compulsive rhymer whom Tucker finds fascinating. And enter P. John Knight, who’s fat like Dinky . . . and now, like Nader. With this odd cast of characters, a little world is created for big kids who need to go on diets. And who also, all of them, need to find out who they are.
A story of friendship, self-image, and surviving adolescence, Dinky Hocker Shoots Smack! is also about the terror—and exhilaration—of daring to be yourself.

This ebook features an illustrated personal history of M. E. Kerr including rare images from the author’s collection.