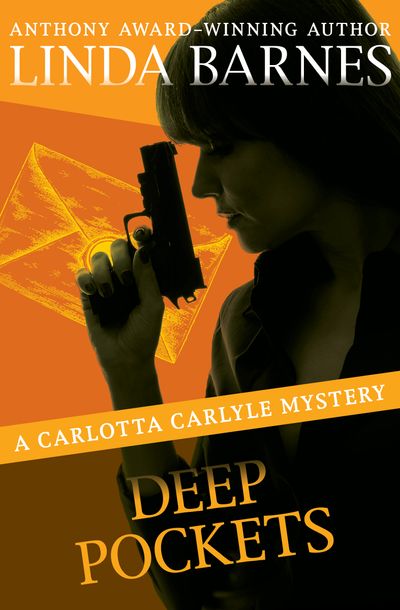 Published by Open Road Media
The Boston PI gets caught up in extortion, murder, and Ivy League secrets in a “poisonous . . . nail-biter” by the Anthony Award–winning author (Publishers Weekly).

Harvard professor Wilson Chaney is in a comprising position. His marriage, his reputation, and his career are all being held hostage. Chaney needs Carlotta’s help to ferret out the blackmailer and retrieve the last of the incriminating love letters he sent freshman student Denali Brinkman—before she committed suicide in a Memorial Drive boathouse. It’s a nasty bit of business, but Carlotta reluctantly agrees to help the dishonorable mentor.

However, Chaney isn’t the only one with something to hide. Just as Carlotta closes in on the suspect, the case takes a stunning detour. It seems Chaney’s amorous indiscretions have a farther and more threatening reach than either he or Carlotta imagined. The PI now realizes that the going price for secrets has just gotten higher—because murder has become part of the deal.

“The most refreshing, creative female character to hit mystery fiction since Sue Grafton’s Kinsey Millhone” (People) is back in her “bold, powerful, and shattering . . . best to date” (Kirkus Reviews).

Deep Pockets is the 10th book in the Carlotta Carlyle Mysteries, but you may enjoy reading the series in any order.