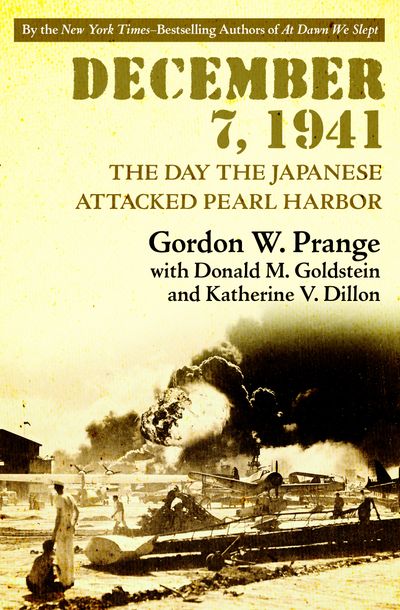 Published by Open Road Media
A minute-by-minute account of the morning that brought America into World War II, by the New York Times–bestselling authors of At Dawn We Slept.

When dawn broke over Hawaii on December 7, 1941, no one suspected that America was only minutes from war. By nightfall, the naval base at Pearl Harbor was a smoldering ruin, and over 2,000 Americans lay dead. December 7, 1941 gives a detailed and immersive real-time account of that fateful morning.

In or out of uniform, every witness responded differently when the first Japanese bombs began to fall. A chaplain fled his post and spent a week in hiding, while mess hall workers seized a machine gun and began returning fire. Some officers were taken unawares, while others responded valiantly, rallying their men to fight back and in some cases sacrificing their lives. Built around eyewitness accounts, this book provides an unprecedented glimpse of how it felt to be at Pearl Harbor on the day that would live in infamy.